To Shake of Not to Shake?

Posted 10 years ago by admin 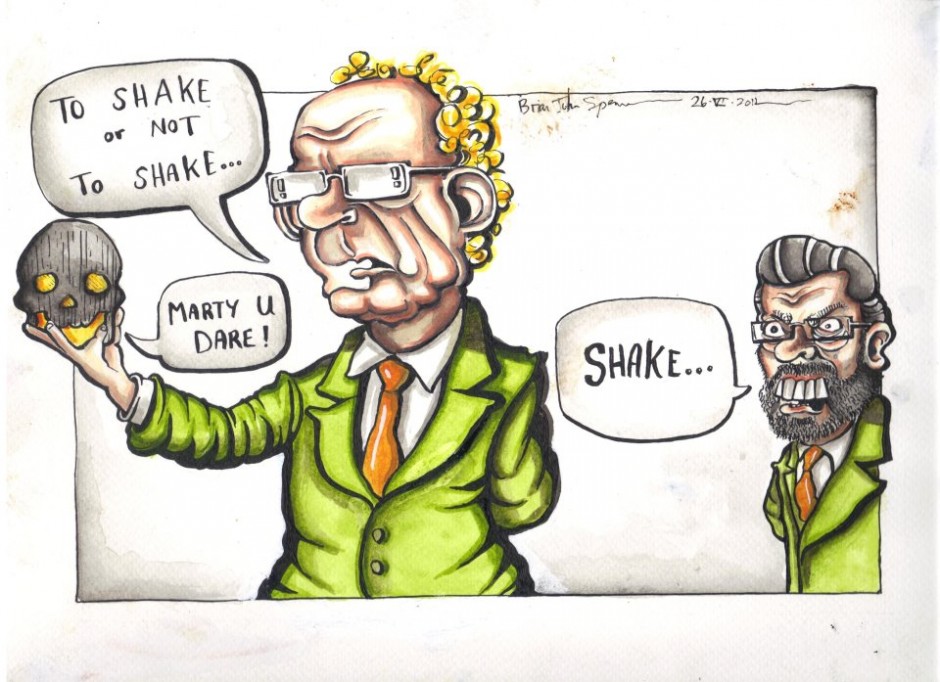 In June 2012 a landmark event occurred. The veteran Sinn Fein politican and former member of the IRA, Martin McGuinnes met and shook hands with Her Majesty Queen Elizabeth. There was a lot of talk before the seminal handshake. A lot of will, he won’t he? Won’t she, will she?

You can see the cartoon as it appeared in Slugger O’Toole here.