Posted 9 years ago by admin 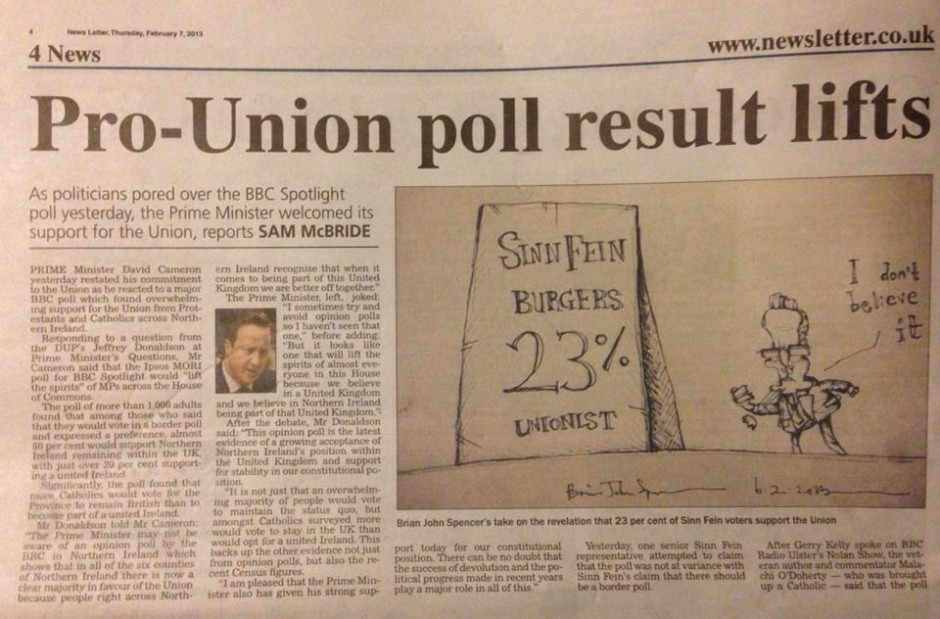 A recent poll by Ipsos Mori revealed that 23% of Sinn Fein voters wish to remain part of the UK. This is the cartoon I did following the revelation of the poll results for the Belfast News Letter. The cartoon featured alongside analysis from the News Letter political correspondent and leading Northern Ireland commentator, Sam McBride.

You can also see the cartoon as it appeared in Slugger O’Toole here.